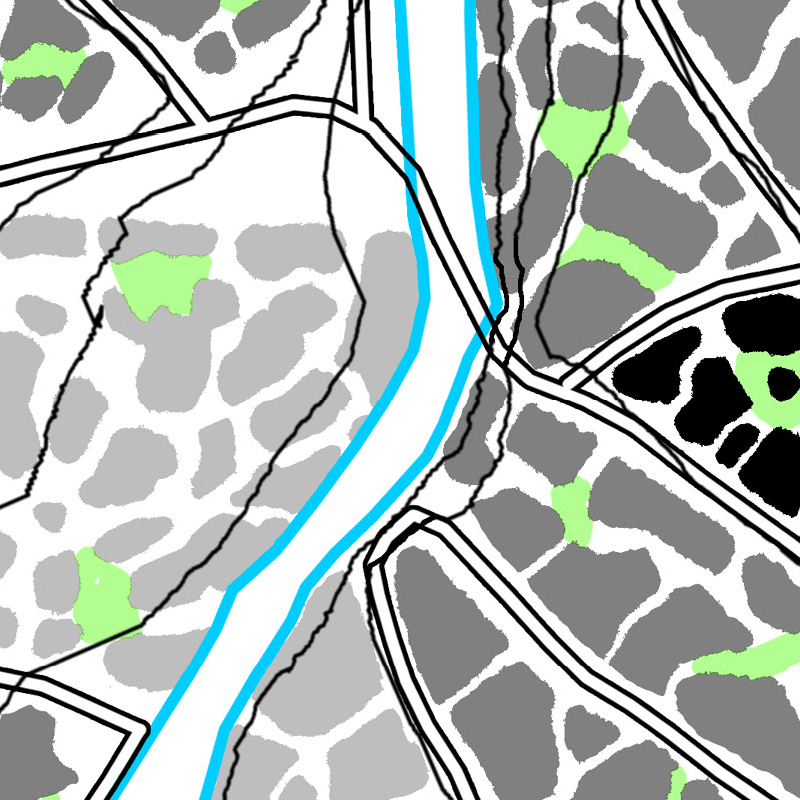 From the intense vortex of their centres, cities dissipate gradually, slowly, painfully until you would never know that they were a city at all. Their scale, proximity to one another, the noise that rebounds off its walls, muted and hushed as if trying not to wake up the countryside. In a world of limited dwellings and even scarcer natural land and resources, density and compactness is required. Let’s build cities that don’t dissipate.

In anatomy, a fascicle is a tight cluster of fibres bound by a connective tissue (or perimysium), which transmit electrical impulses through the body. When applied to the built environment this concept can be a fruitful analogy for the design of our cities. Tight, varied clusters (fascicle) can be grouped around wider thoroughfares (perimysium) through which the life (electrical impulses) of the city is transmitted by the clusters.  A combination of the intimate and animated with the open and the free.  Pedestrians, vehicles, sound, smells flow through a highly tailored and variegated urban landscape generated by its host landscape, key routes, walkability, orientation, views and density.

Ultimately a small, but highly dense urban environment is created, which combines the spontaneity and variety of the unplanned city, with the rationalism and functionality of the planned city. As our urban population and consequently our cities get larger, and less manageable and livable; and as our natural land becomes more precious and scarce; surely smaller, hyper dense cities could go some way to solving our urban problems.